An Excerpt from The Stone Witch

Short story in Under My Hat

Here’s the thing. I hate kids. Always have. I mean, I know the job of the race, biologically speaking, is to achieve immortality through reproduction, but the idea of getting impregnated and blowing up like a balloon as I serve as a carrier and service unit for this other person who will eventually burst out of me in the most terrifying way imaginable, then carry on using me one way or another for the rest of my life, is right up there with throwing myself off the top of a twenty- story building. If I have a biological clock, it is digital and does not tick. Moreover, I am fine with being solo. I mean manless as well as kidless. Not everyone needs someone, no matter what the greeting cards say.

So it seemed like the height of unfairness that I should have a kid seated beside me for the trip. I mean, this was business class and I thought they banned children. Or was it just that adults with kids never got upgraded? Anyway, what was with spending all that money on a kid, given this one was easily small enough to curl up and sleep in an economy-class-size seat?

Seating the child next to me, the flight attendant gave me one of those hundred-watt beaming smiles that makes you want to squint or confess something, and asked me to keep an eye out. For what? I would have said, but I was speechless with indignation to have booked business class and find myself a designated child watcher. No doubt some of what was going through my mind showed because for a moment the honey-pie smile froze, but flight attendants are trained to cope with anything, and before I could marshal my objections, she looked at the kid and said reassuringly that she would come back after takeoff.

I watched her walk away twitching her [***] in a perky way, wondering, Why me? I mean, I am not old enough to have a grandmumsy look, and I don’t have that flowerlike eagerness that beautiful young women have precisely in order to entice a man to want to make them a mother. I am not curvy. I am skinny in some places and I have actual fat in other places, and the end result is not the sort of woman men gaze at in magazines with thunderstruck longing. I don’t do vacuous smiles or friendly aimless chat. Especially I don’t do it with a kid. Come to think of it, I have probably not spoken to a kid since I was one, and even then I didn’t much like them.

I looked at the kid. I could not tell if it was male or female because it was a skinny, malnourished waif with jeans, a hooded jacket, and a choppy, chin-length bob that might have been a designer do but also could have been the result of someone having at it with the nail scissors in a dark room. The kid looked back at me. The disconcerting thing about this was that it did not smile. It just looked in that steady, slightly creepy unsmiling way little kids have. I wondered how old it was. Ten? Eleven? Seven?

I mean, how do you tell? I knew it wasn’t a teen yet because it didn’t sneer.

I could have asked but decided I didn’t want to know badly enough to break my rule about never making conversation with anyone on a plane at the start of a long journey. No matter how interesting the stranger next to you is, you will not want to spend thirteen hours talking to them. Ergo, no conversation or eye contact until the last fifteen minutes of the flight, and then only the sort of fleeting friendliness you feel toward other survivors of a flight. The eye contact thing was already blown, of course, but the kid would not speak unless I spoke to it, I was sure, and I had no intention of doing that.

I fumed silently about having a kid next to me until the plane started taxiing down the runway, then I gave up fuming for imagining all the terrible things that could happen if the plane tilted and caught its wing on the ground, an engine burst into flames, or a terrorist leaped out brandishing a glass knife. I have always had a terrific imagination, and this was one of the occasions—like when you wake in the middle of the night and wonder in the pitch dark what woke you—when an imagination is not a good thing.

“You don’t need to be scared,” the kid said in this slightly raspy voice.

I glared at it. “I’m not scared,” I said frostily, consciously loosening my white-knuckled grip on the armrests…

You can buy the Under My Hat ebook via Booktopia.

Posted in Writing Sneak-Peaks
short stories, Under My Hat 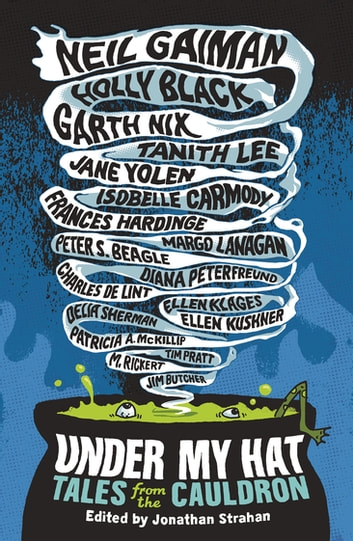