An Excerpt from The Journey

She recognized him from the holovids and nuscan bites as soon as she was ushered into his office.

Tall and handsome, electric blue eyes, a great eccentric mane of white-blond hair and a smile that seemed just a little too bright and wide in real life. William Reichler was fleshier than in the vids, but the visual slimdown might not be vanity. Cam crews always shaved off podge claiming it was aesthetically unappealing and therefore bad for ratings. When he rose and held out his hand to her, she noted his pupils were dilated. She told herself hers were probably dilated, too, after the stimutabs and coffee, and so what if he had slipped a couple of uppers. Everyone used them in corporate cities. Her parents disapproved of using drugs to pep up or calm down, yet current thinking said it was savvy to make your mind and body serve your will and needs. Her parents were old-fashioned in their attitude to chems, but she suspected she had absorbed their bias, because she always found herself making excuses to rationalise why she would not take a pill or a hotshot.

You can take the girl out of a Tipodan freetown, but you could not take the freetown out of the girl, she thought wryly. That was what her friend and co-worker, Eva, had warned on the way to the airport.

Eva had also told her she was a fool to give up her apartment, sell off her furniture and books and shift halfway round the world to Uropa to take part in research so new it was on the crackpot edge of science, all on the say-so of someone she had never met. But William Reichler had not been a stranger. Discovering his book had changed her life. Before reading it, she had thought of herself as a lone freak. For all their liberal inclinations, her parents’ minds had been full of blind spots and guilt because she had been a very late child conceived by in-vitro fertilisation. They never openly acknowledged what she was, and for a long time she had tried desperately to change herself, to be normal. Then a day came when she had accepted she could not stop being what she was. So she had made an art of hiding it.

Then William Reichler’s book made her see she might not be an aberration, but the next tentative step in human evolution. Her first e-send to him had been a girlish outpouring of admiration and excitement, and she had received a polite note from his personal assistant acknowledging it. Soon after she stumbled onto an article whose author observed that humans co-evolved with their technology, and this had given her the focus for her own work. Years later when she had sent articles about her work, published in Tipoda Tomorrow, to William Reichler, he responded personally with interest and encouragement. After that they had corresponded intermittently until his offer of an internship at the Reichler Clinic.

His letter did not say there would be a job at the end of the unpaid internship, but it was implied. And Hannah was good at what she did. Better than good, according to her workmates and supervisors, though their opinions mattered less to her than her own feelings. You had to have a realistic idea of what you were worth or else you would be forever at the mercy of other people’s opinions, which most often would depend on their level of liking for you. You had to know yourself and, above all, you had to be honest with yourself.

‘Ms Seraphim, it is a real pleasure to meet you in person, at last,’ William Reichler said, his big pink manicured hand encompassing hers in a warm, slightly clammy grip. ‘Your last paper on the way some humans adapt to the speed of technological development was very fresh. Young woman, you have a brilliant mind, though I must say it is a shock to see how very young you are.’ He gave an avuncular chuckle.

‘My age . . .’ Hannah stammered, overwhelmed by the way he had leaned towards her, still holding her hand.

‘Is no problem,’ he concluded firmly. He sat on a soft fat sofa, drawing her down with him, and shifted smoothly to talking about the work of the Reichler Clinic with an easy familiarity that made him sound glib. It was a natural consequence of him having to say the same thing over and over she supposed, and she told herself it would be no surprise if his brain just wandered off in another direction completely, leaving his mouth to run on auto-pilot.

It was a mistake to think about his thoughts, she realised a split second too late as her mind peeled open…

The Journey is available in Trust Me Too by Ford Street Publishing or in audiobook format at Bolinda. 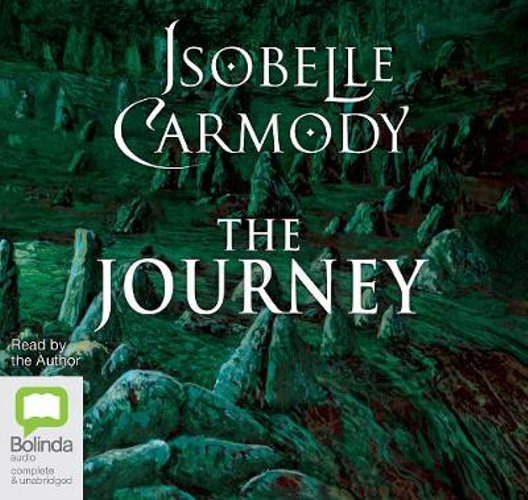